My name is Greg Page, and for 16 years I was a member of the children's entertainment group called The Wiggles. I was known as "the Yellow Wiggle" and toured for many years to all parts of the world, performing for many children - something which I loved dearly. However, a condition I had never heard of - Dysautonomia - was the catalyst for me to make a decision that would change my career and my life forever.

My journey into the unknown world of Dysautonomia and probably more particularly, Orthostatic Intolerance (OI), began about 15 years ago. I was getting many symptoms that were similar to asthma, heart problems and other conditions which I am sure that anyone who suffers from any form of Dysautonomia would understand - shortness of breath, heavy chest, light-headedness, dizziness, shaking and fatigue. That is the point - it is only those who suffer Dysautonomia and related conditions that really do understand what it is like to suffer these symptoms and to be misunderstood by people all around them - family, friends and some doctors.

Even at the age of 34 (when I was diagnosed) and now, three years later, I am still faced with people who have never heard of the condition, and some do not accept that it may actually be a real physiological condition. I have been able to talk with other sufferers of OI, and two common threads always seem to appear - difficulty in diagnosing the condition, and reluctance of people around them to accept that what they are suffering and going through is real, and that it is not just the manifestation of "stress" or "worry". I need to point out here, that anybody suffering stress and worry (anxiety) about something is always going to take its toll on their body - I believe that there is a direct connection between the mind and the body. However, in true cases of Dysautonomia, there is obviously a physical impairment to the normal workings of the autonomic nervous system, which some of us cannot tolerate.

Whatever the cause of those dysfunctions, it is little comfort for those of us who have to try to battle on day by day to attempt to live a normal life and mix with friends, school mates and workmates. Quite often this stress of having to attend to these daily routines is too much for OI sufferers, and makes the whole scenario a lot worse. My own condition has vastly improved form where I was at 3 years ago when I left the Wiggles. I only suffer mild symptoms and these symptoms are circumstantial now in their presentation - that is, standing in line, standing at parties, running short stints for sport, singing and talking too much - all still affect me, but the symptoms last only briefly now - 20 minutes or so, as opposed to days and weeks!

It is still astounding to me however, that some doctors do not accept or recognize the existence and prevalence of Dysautonomia conditions in patients who present with the symptoms that we do. There is a lot of research being conducted at the moment in Australia and in the US on Dysautonomia conditions in an attempt to understand them better. That is part of the problem - there are so many similar, yet dissimilar symptoms, between the different branches under the umbrella of Dysautonomia that it makes understanding it so hard for anyone - let alone the doctors. The current lack of understanding by some doctors adds to the frustration of not being able to get that "mystery diagnosis" which we are looking for - some kind of comfort in knowing that we "fit in" somewhere. But where do we fit in?

That's why I have decided that I need to speak out to the world community - doctors, teachers, employers, friends and fellow sufferers. To let them know about this condition and how frustrating it can be when we are surrounded by people who treat us with skepticism about the symptoms that we suffer and why we suffer them. This kind of "misunderstanding" is not the same kind of treatment that we see for other conditions and illnesses, and perhaps if we can speak together, then our voices will be heard. Until then, and as a part of this process of speaking as one, we are lucky that there organizations such as DYNA which we are able to look to for support and friendship from people who understand exactly where we are coming from.

No contribution is too small and every donation is very deeply appreciated!

Support DYNA by using GoodShop and GoodSearch! Each time you search or shop, a donation is made to our cause.

Based in the US,

but open to the 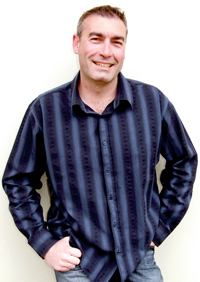